I've missed all the previous ones so far, which sucks my pixelated fireballs.

If I'm not wrong, the next one's on Sunday, the 27th, at approximately 1:46? Or are there no more hunger games, which would suck more than a vacuum cleaner?
"A friend should be one in whose understanding and virtue we can equally confide, and who's opinion we can value at once for its justness and it's sincerity."
-Robert Hall
Top 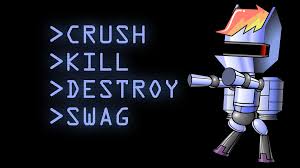 Max I think the 'everyone who's online has to compete or get kicked' is a bad idea as I for one couldnt care less about the hunger games.